Back in June, we wrote about the publication of the report from the Inquiry Into Missing and Murdered Indigenous Women and Girls. We’ve recently started digging into the Supplementary Report on Quebec, and over the next months, we want to share some of the things we are learning with you all.

The report talks about ways in which the mainstream (white, colonial) ideas about violence simply don’t function, and in fact cause more harm when applied to Indigenous Women, Girls, and 2SLGBTQQIA people. Here are two underlying assumptions about violence against women that the report helps break down:

The report writes that:

“Violence against women is always discussed in terms of intimate partner violence. Other types of violence are ignored, including family violence, institutional violence and police violence. Thus, the issue is studied from an ethnocentric point of view, by examining the types of violence that are most likely to affect non-Indigenous women.”

In fact, the forms of violence experienced by Indigenous women are much more varied, complicated and interconnected.

One of the expert witnesses, Brossard, testified that many non-Indigenous social services believe that

“A breakup with an intimate partner is often seen as an event or a factor associated with success…. But in the trajectories of family and intimate partner violence among Indigenous women which I have seen to date, that does not change the dynamic of violence; all they do is change partners [and] the same thing happens again…”

If violence is understood as an isolated instance, and is treated only by removing the person, or removing the victim, the cycle just begins again.

The report identified a few reasons that the dominant model for women experiencing violence- basically, moving to a safe place- simply doesn’t work for Indigenous women.

One reason is about housing on reserves:

“The approach of removing women from their homes is not always applicable in Indigenous communities, where the chronic housing shortage means that there are few, if any, safe alternative places to shelter them”

But another is that women’s shelters that are able to provide appropriate services to Indigenous women are seriously underfunded:

“Native Friendship Centres in urban areas are unable to provide the services they would like to, given that they are funded by the Department of Indigenous Services but receive almost 30% less than the other women’s shelters in Quebec.”

Strategies that would address the issues in a different way- and that necessarily would involve men- also rarely receive funding or support.

Lastly, a lot of that “dominant model” relies on having anonymous, objective, outside support: a reality that simply isn’t possible in many communities.

“Access to services that are both impartial and confidential remains a major obstacle, given the close relationships between individuals in the community. For example, it is not uncommon for a social worker to be related to the perpetrator or to the victim.”

The existing services “force these women to choose between their identity as women and as indigenous persons, between the right to preserve one’s personal, sexual, and moral integrity; or the right to live in one’s culture and language, and to transmit these to the next generation”.

The report also gives examples of historic systemic discrimination that is really reflected in the issues Indigenous women and girls face today. For example:

The report includes summaries of testimonies of women, or of their families, that were given in Quebec. Understanding the systemic patterns and the data is important, but so is hearing stories that have been shared with us. We’ve attached one of those stories as a PDF – the story of Carleen, a Mohawk woman, who died in 1988, and whose story is shared by her sister.

Why is COCo writing about this?

COCo has been trying to reflect on what it means for us to be located on Indigenous land, and how we can contribute in more concrete and deliberate ways to anti-colonial struggles in “Quebec”.

One request we have heard repeatedly is for individuals and organizations to read and engage with the Truth and Reconciliation Report, and the Inquiry into Missing and Murdered Indigenous Women and Girls. So, we’re going to do that, and to write each month in our newsletter about some of the things we are learning, and to uplift those painstakingly written documents to the best of our abilities.

You can read a previous blog post, on the Viens Commission, here, and on the initial publication of the National Inquiry, here. 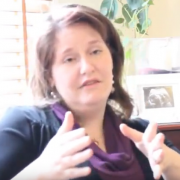 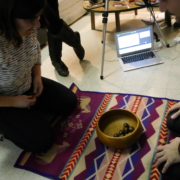 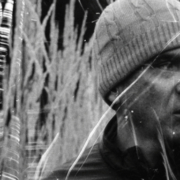 Ôtênaw + You Are On Indian Land – screening and director Q&A ! 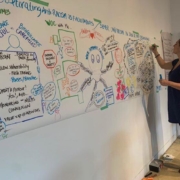 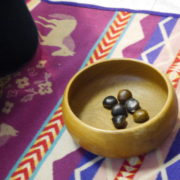 First Daughter And The Black Snake – with Winona LaDuke!

Thinking about Land Acknowledgements? Here Are Some Resources

It’s Our Birthday!
Scroll to top