The process for a Peoples’ Social Forum was launched at a general assembly convened in Ottawa, Ontario on January 26 and 27, 2013. It was an inspired and dynamic gathering. Attendance was expected to be 50 people – 150 people attended. The agenda included presentations from some of the new and dynamic social movements in Canada. Updates and background were provided on treaties, laws and history that are under attack by the government of Prime Minister Stephen Harper, and dialogues were held to develop objectives and planning for the social forum process.

The participants of the founding assembly acknowledged the multi-national character of the territory known as Canada. National identities and respect for sovereignty was an important theme throughout the gathering. This includes French-speaking Quebec, various native nations, those who identify with the nation state of Canada, and various immigrant and people of color communities. For this reason the forum has been named the Peoples’ Social Forum rather than the Canada Social Forum.

Canada seems poised for an exciting new phase of movement building. The government of Stephen Harper and its repressive neoliberal policies have galvanized new social movements. Of note are the student strike known as the Maple Spring of 2012 where students took to the streets and stopped proposed university tuition hikes in Quebec. The students galvanized popular movement beyond the campus. In actions reminiscent of the mobilizations in Argentina a decade ago, hundreds of thousands of Québécois organized “Casserole Marches” – parading the streets of Montreal with pots and pans protesting the Quebec government policies and the violent repression of the student movement. Red squares worn like badges symbolize the movement.

The increasingly radical and dynamic resistance of native peoples is also of note. Direct actions, including occupations, sit-ins and shut downs are being organized in various native nations against tar sands development and other extractive infrastructure.

Idle No More, founded by four women from Saskatchewan, in response to draconian legislative proposals that undermine native nation’s treaties and destroy ecosystems, spread like wildfire through social media and grassroots action. There are now chapters sprouting up throughout Canada with supporters worldwide. They are represented by the symbol of the Red Feather. Idle No More and the Common Causes Coalition organized a Global Day of Action that took place on January 28, with events and demonstrations in over 30 cities across Canada.

In Ontario on January 26, the Ontario Federation of Labor and allies organized 30,000 people to rally at the Liberal Party Convention and demand an end to austerity policies imposed by the party.

New progressive coalitions are emerging including the Port Elgin Coalition, a broad-based outgrowth of the Red Hand Coalition that supported the Quebec student strikes, and Common Causes, a campaign initiated by the Council of Canadians to counter the Harper government agenda.

Stephen Harper was elected by less than 40 percent of voters in Canada in 2012. He moved quickly to implement a bold and comprehensive strategy to attack Canadian laws, policies and people that stand in the way of savage capitalist development.

Under Harper Canada has become a fossil fuel nation. The only sector of the economy that is growing is fossil fuel development, particularly tar sands and hydraulic fracturing, with devastating environmental and social consequences. Laws, regulations, institutions, organizations and treaties that stand in the way of this destruction have been systematically dismantled or severely weakened. The social safety net is being gutted, public sector workers are being fired, environmental laws are being rolled back, police repression of protest is increasing, the mission of the military is shifting to a more aggressive posture, immigrants are under attack, research and policy institutes are losing funding, scientists who speak against climate change are being silenced. Harper has taken the most destructive policies of the past 4 decades and quickly and decisively put them into practice.

Representation at the general assembly was not complete but very diverse. A large native contingent was present hailing from a handful of the 166 native nations. There were also a number of young people – mostly students with a fair number of people of color. There was also good representation of Latin American immigrants, and a few African and Asian immigrants. A broad range of sectors and issues were also represented including labor, environment, food sovereignty, gender and others.

The proposal adopted at the general assembly is to convene the forum in the summer of 2014.

It will be a centralized forum with a decentralized process that will include local, regional or provincial forums and caravans.

The location is yet to be determined – consideration will be given to sites that are in the central or western part of Canada.

There was a strong general sentiment that the emphasis of the forum should be to promote action and solidarity and have less of a focus on dialogue.

An Interim Steering Committee was established with proposed working groups. Several people still need to secure authorization from their organizations or communities to participate.

Three caucuses were also created: People of Color and Spanish speakers merged into one caucus, Native Peoples, and Quebec. Each of these caucuses developed written recommendations with proposals and principles for working together. These will be made available online. Other working groups are proposed including youth, women and others.

The general assembly is aware that there are discussions in the US about a potential third US Social Forum in 2014 as well. They want to assure that there is communication with the NPC so that the forums do not overlap and that the two processes can coordinate. Two participants had taken part in the USSF Peoples Movement Assembly process. Heather Milton Lightning, former organizer for the USSF Indigenous Advisory Committee was also present.

The following organizations were part of the discussions prior to the general assembly. More information on attendance at the assembly will be made available. 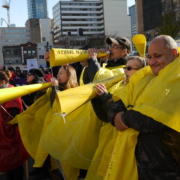 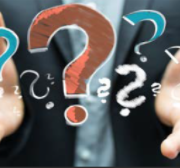 We Are All Very Anxious 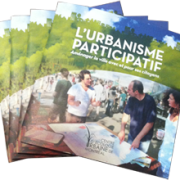 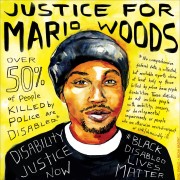 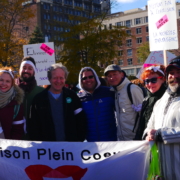 Join Us to Map Social Movements in Quebec on March 21st 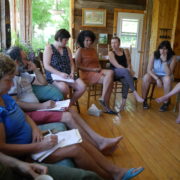 Who are we missing? A call for critical reflection in our community groups: